Gallery Wolf & Galentz presents a selection of wood engravings by famous masters from Russia and Germany, accompanied by some woodcuts.

You are cordially invited to the exhibition.

The Finissage is canceled because of the Corona-virus 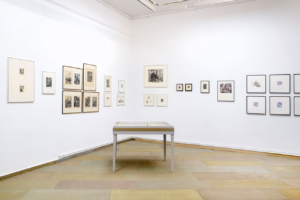 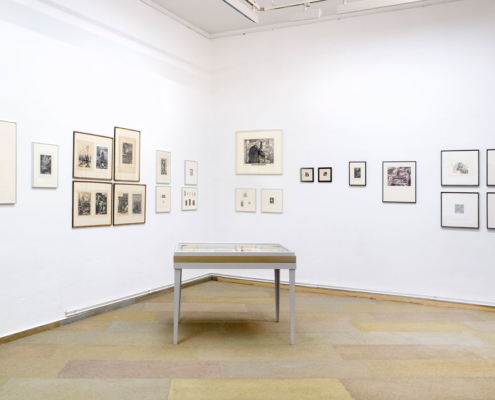 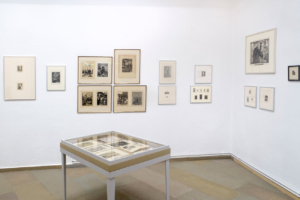 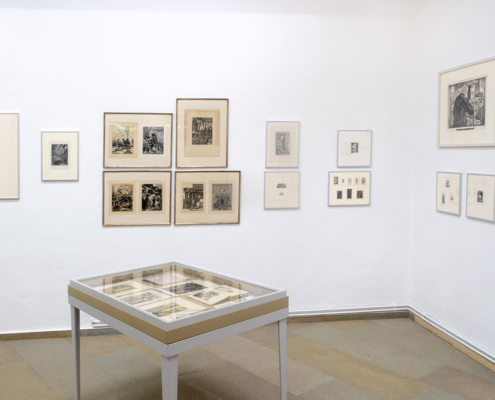 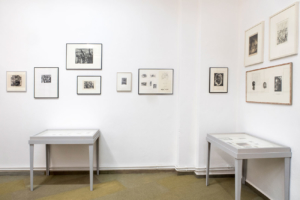 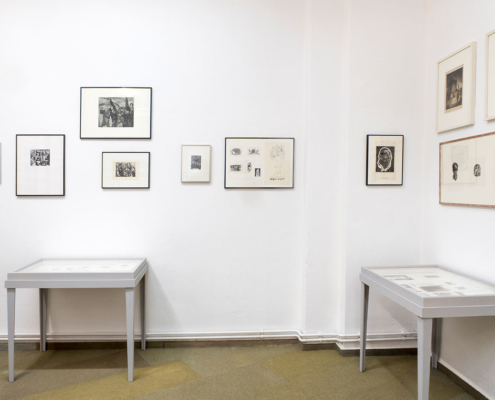 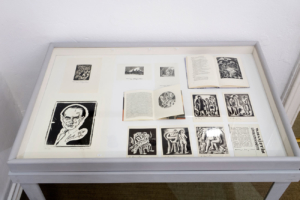 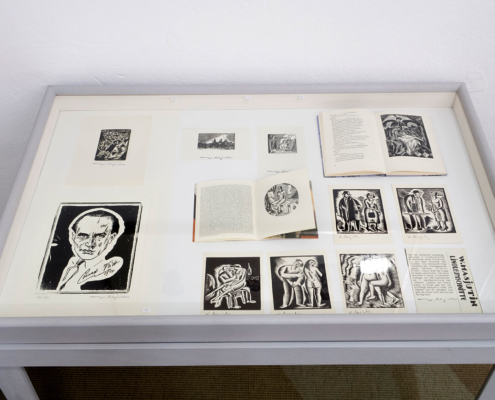 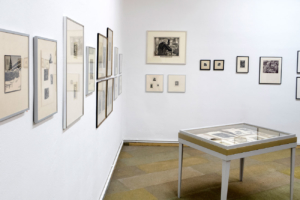 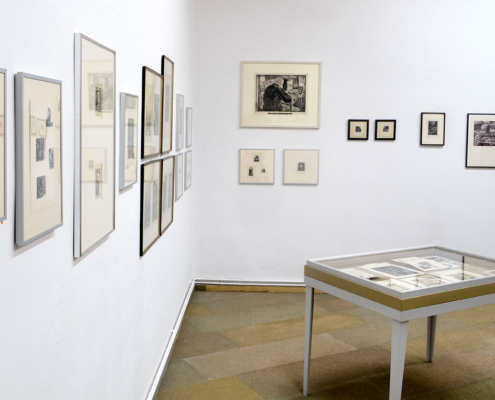 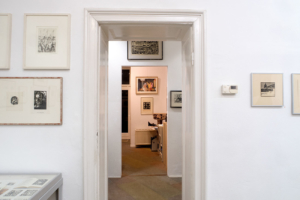 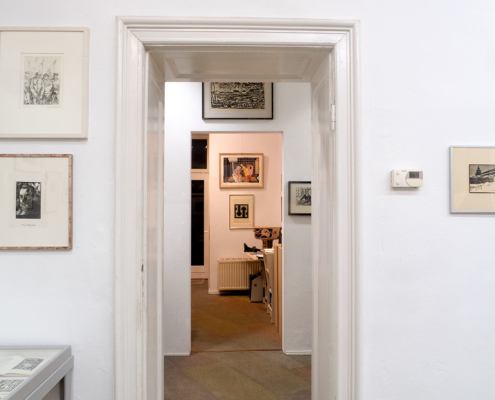 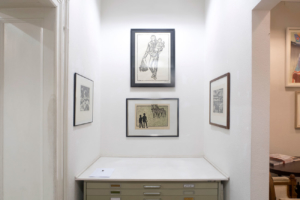 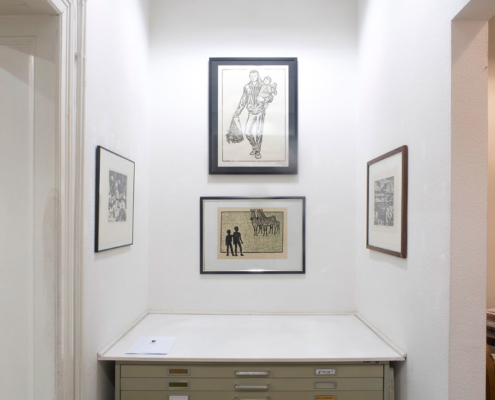 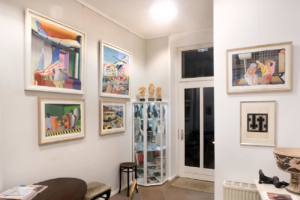 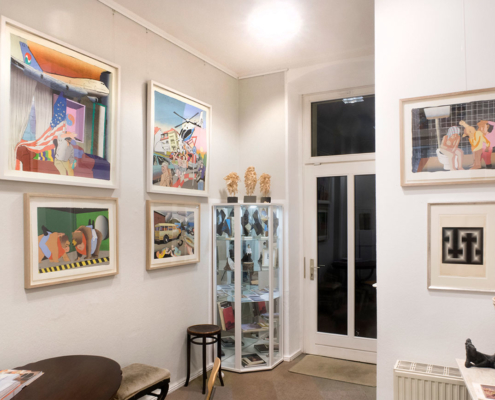 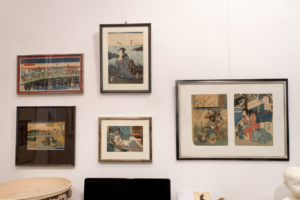 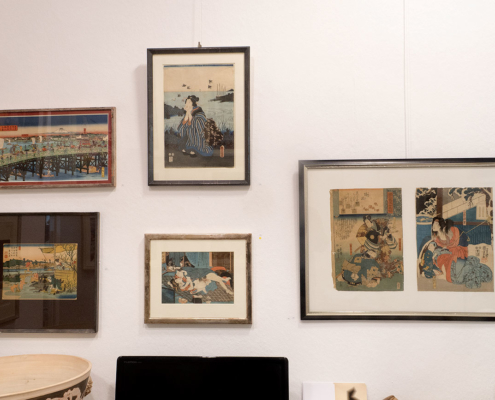 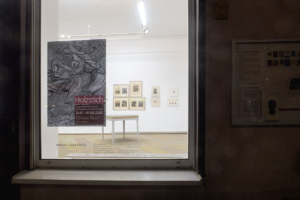 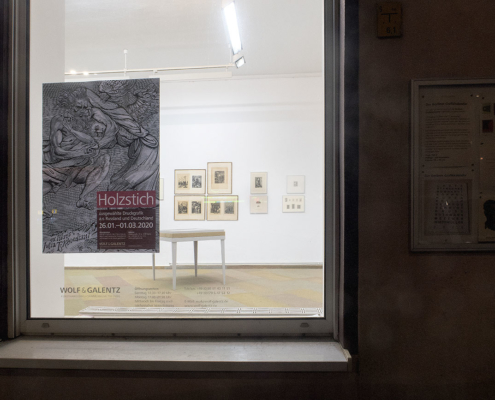 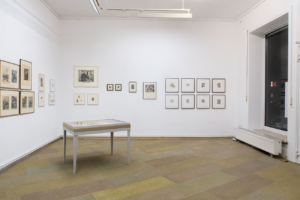 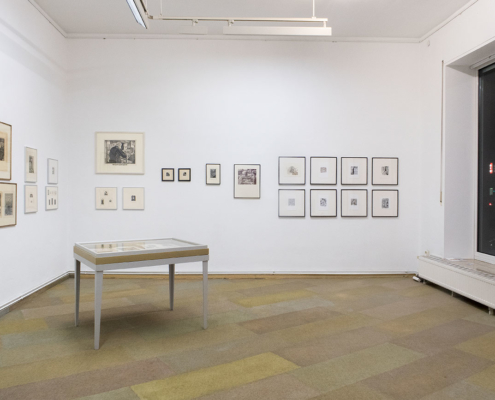 Wood engraving is deemed by many to be the acme of graphic arts; often only in the size of a stamp, printed on very thin paper, these works are extraordinarily fascinating.

In the upcoming exhibition, gallery Wolf & Galentz will present selected works by more than twenty artists in different juxtapositions. Among these are works by the German masters Karl Rössing (1897–1987) and Karl-Georg Hirsch (b. 1938) and also some by Russian Aleksej Kravchenko and Vladimir Favorski, to name only the most famous. Furthermore, Mikhail Verkholantsev, member of the Russian Academy of the Arts, has kindly contributed eight pieces from his private collection.
Woodcut and wood engraving, the latter having been developed from the former, count among the relief printing techniques. Woodcut is one of the oldest methods to produce multiples on paper. In Europe, first known examples of woodcut were produced in the 14th century, at first used for single sheets, block books and finally book illustration. After the invention of letterpress printing, woodcut became a widespread technique, while still used for pamphlets and flysheets, for example during the Reformation.

In publishing, the woodcut was replaced by copperplate engraving in the 17th and 18th century, while this in turn was replaced by lithography and wood engraving in the second half of the 18th century, wood engraving being an invention of British Thomas Bewick. Both woodcut and wood engraving became artistic techniques for graphic artworks, independent of the printing of books, in the 19th century.
Wood engraving has since its invention been an especially precise and intricate technique among the historical printing techniques, in which the picture is cut into the homogenous fibre-structure of the end grain of the wood, using carvers’ tools (instead of wood cutting tools), often with so miniscule lines as to make optical devices of enlargement necessary in the process. Engraved wooden plates allow for high numbers of prints made from them, in high quality; they are markedly more durable than copperplates.

Together with a number of catalogues with the works of the exhibited artists, in the exhibition we also show several books with original illustrations.
Fortuitously we were offered the chance to present two series of wood engravings by famous Russian artist Aleksej Kravchenko – ‘From the Life of a Woman’ (1928) and ‘New York’ (1929).

In the exhibition, the presentation of the wood engravings is supported by a selection of classical woodcuts. We will show several works by Conrad Felixmüller (1897–1977), Stephan Preuschoff (1907–1994), Helena Scigalla (1921–1998), Jürgen Wittdorf (1932–2018) and Philipp Mager (b. 1966).
Furthermore we will show some Japanese woodcuts from our collection. Japanese colour woodcut uses the side grain of the wood (predominantly wild cherry), but its precision is still comparable to some wood engravings, and larger areas on the wood blocks allow for masterly composed colour gradations. We present some works of the Ukiyo-e genre from the 19th century with re-prints for comparison. And finally we show works by the contemporary Japanese artist Mitsuo Katsui.