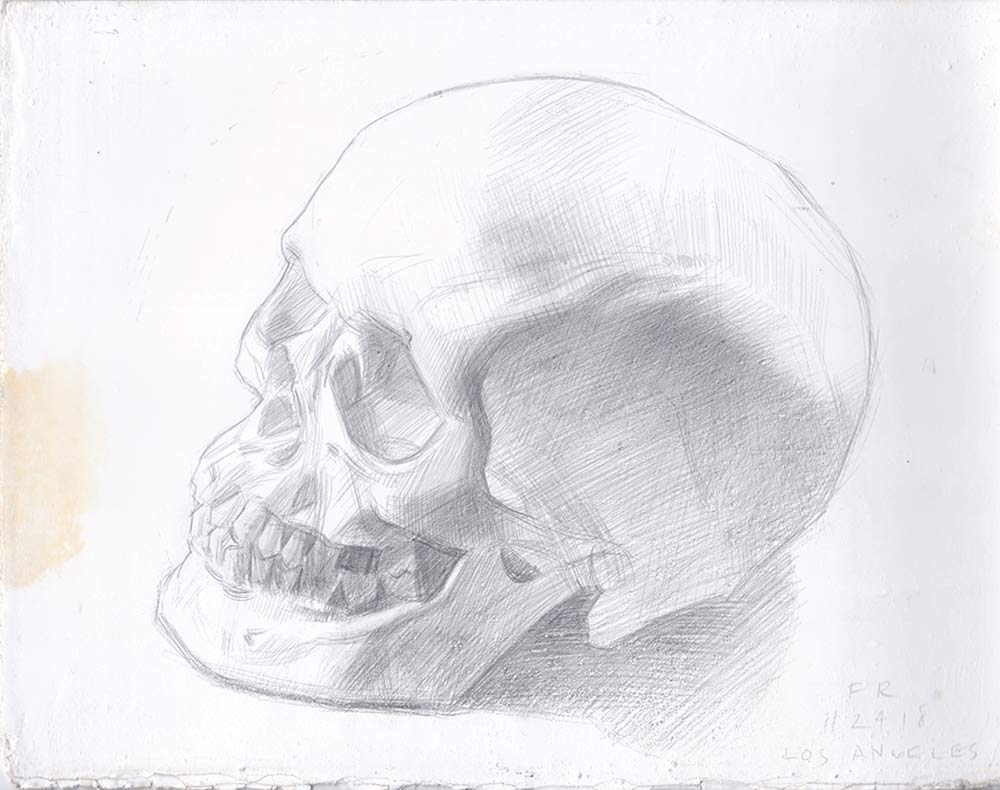 Frank Ryan is a contemporary realist painter based in Los Angeles. He embraces the conventions of naturalist representation to reflect on the realities of contemporary American life.

Ryan grew up in the North Bay Area. He began drawing as a boy and the sudden loss his father had a formative impact on him. As a young painter, Ryan was greatly influenced by Baroque, 19th Century French Realists, the Ashcan School and Film Noir. He studied painting, drawing, and printmaking at Sonoma State University, where he received his BFA in 2002. In 1999 he was awarded a scholarship to study in Italy at the Accademia di Belle Arti di Firenze. Ryan received his MFA in Painting and Drawing from UCLA.

Nationally, his work has been exhibited in Los Angeles, San Francisco, San Jose, and Chicago. He was part of a Collateral Event of the 56th International Art Exhibition, the Venice Biennale in 2015. Ryan’s paintings are a part of numerous private collections across the United States, including the private collection of Dallas Price and Bob Van Breda.