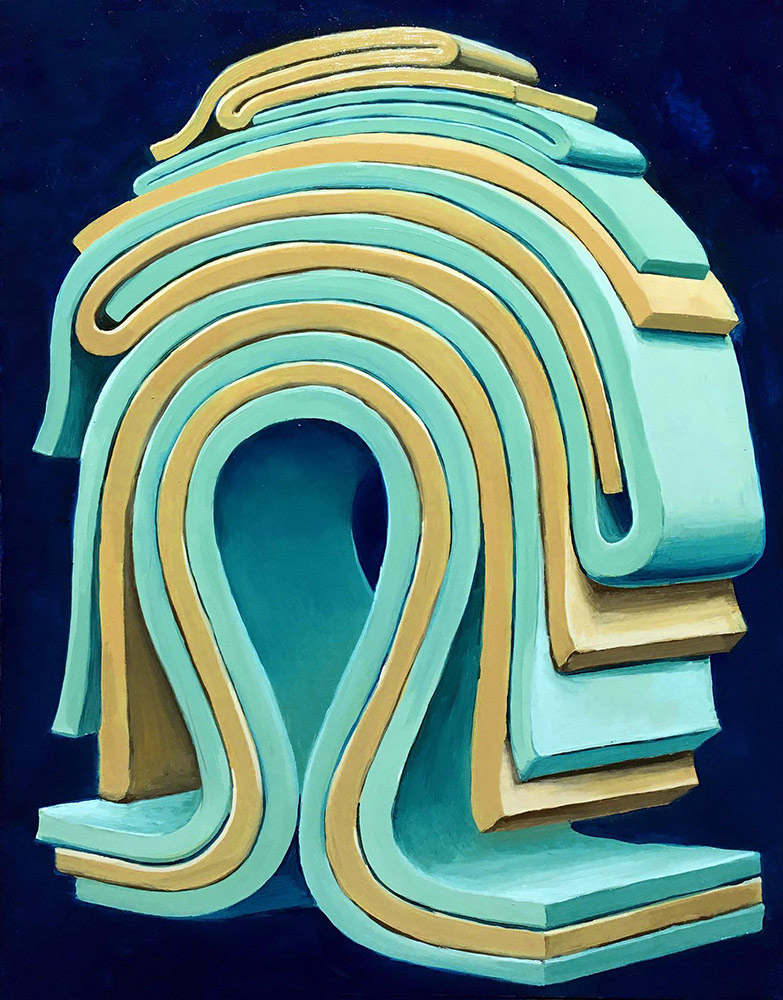 Brian Cooper makes drawings, paintings, and sculpture inspired by what we know about the mind and human behavior. His process uses both allegory and improvisation. Growing up in San Francisco his work was influenced by several local counter cultural scenes, like punk rock, skateboarding, psychedelia, and underground comics. He also studied with the artist Ken Price at the University of Southern California. He has shown extensively nationally and internationally. His work is in several collections such as The West Collection, Marriott Hotels, and cartoonist Matt Groening.