Virtual tour through the exhibition 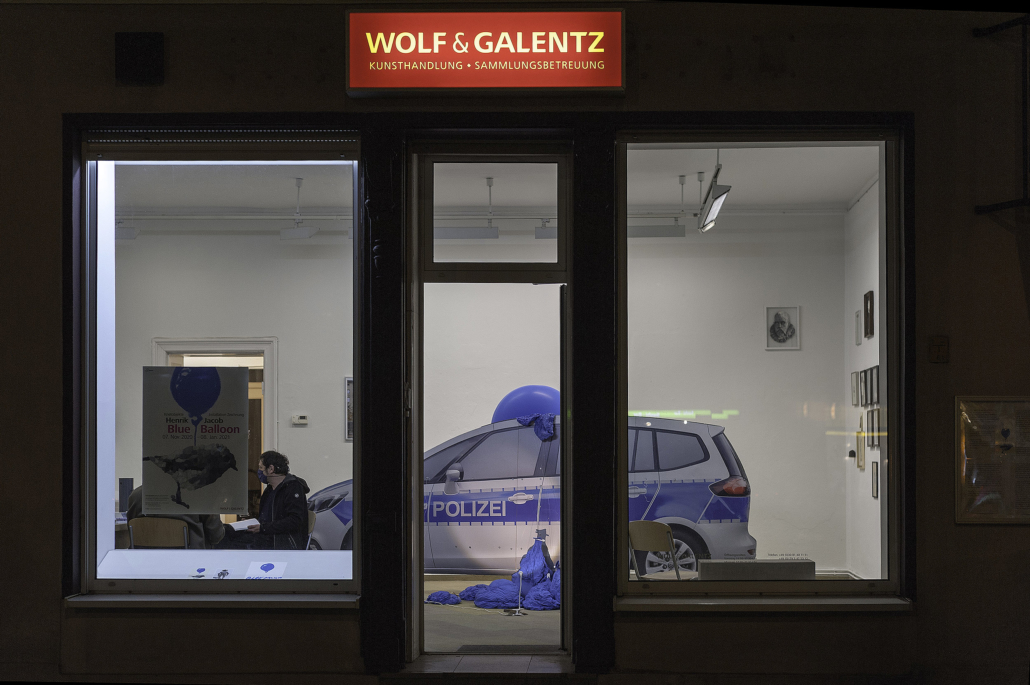 At arte-tv you find a short feature about Henrik Jacob in German language. View the feature on the arte website 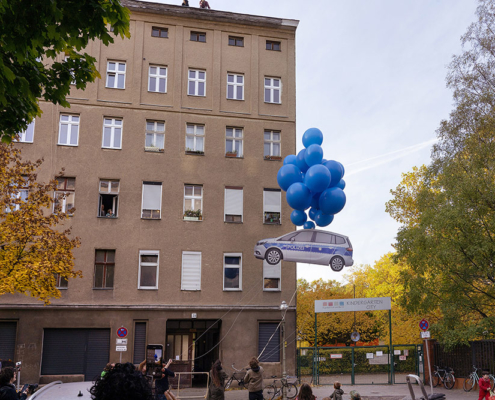 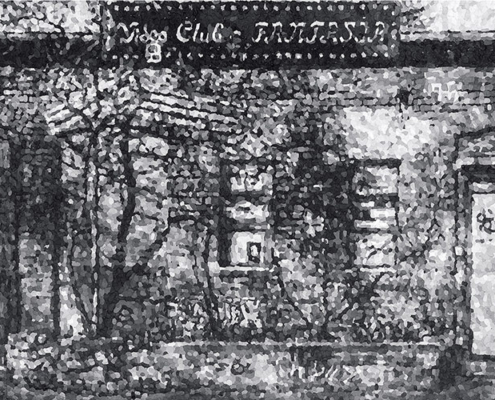 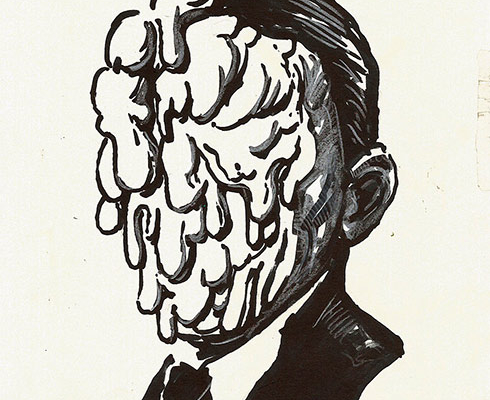 An opening with many people unfortunately has to be cancelled due to the current pandemic situation.
You can register for a visit to the exhibition here with the following button.

Register for the exhibition

Encountering the art of Henrik Jacob for the first time, you immediately feel like a child amazed by the abundance of a dessert buffet. Eyes wide open, awed by the plethora of fascinating things offered. Jacob’s art powerfully rolls and surges towards you, and at the same time it is full of an amiable and humorously exuberant imagination.

Due to the current situation, we cannot have a regular opening with many visitors. A delayed opening in combination with the presentation of the catalogue published in the context of the exhibition will be announced as soon as this is possible again.

Wolf & Galentz presents a solo exhibition of the Berlin artist Henrik Jacob. The exhibition title Blue Balloon refers to a performance by the artist in Berlin-Wedding, which took place on the last weekend of October. Here Jacob literally blew up a two-dimensional reproduction of a full-size police vehicle of the Berlin police on blue balloons.

Such a combination of disparate elements – balloons and kite string, with which the police car was prevented from flying too high, executive forces abstracted into two-dimensionality – is typical of the work of the artist, who grew up in Dresden and regards the reunification of Germany as the initial spark of his artistic stance: the catastrophic event of the collapse of all the self-evident things he had learned up to that point, which pulled the carpet from under his feet on the threshold of adulthood.

‘Nothing is certain,’ is what he learned from this, which became a kind of axiom for him, and questioning everyday reality became his second (artist’s) nature, the oblique cross-connections between all sorts of things and trying out twisted facts. In his works, surprising and quirky combinations of seemingly irreconcilable elements open up new perspectives, new references between phenomena of the world – and they are funny without being unserious. And yet, just as surprising as the subjects of the pictures is the cheerful wit; here, art appears with a rare effortlessness and without any moral high ground.

In addition to the police car artpiece, Henrik Jacob presents a series of his now legendary modelling clay pictures – with white, black and grey modelling clay he reproduces photographs or pictorially designed surfaces of everyday objects. The results are pointillistic or pixelated pictures which, due to the material used, cross the genre boundary between the two-dimensional picture and the three-dimensional sculpture at least a little bit. The thumbprint, often still visible in the plasticine pixels, is the artist’s signature.

Furthermore, drawings and a video documentation of happenings and performances is displayed at Wolf & Galentz.

A catalogue will be published to accompany the exhibition. The exhibition will move on to southern Germany to the Kunstverein Viernheim after January 8, 2021.