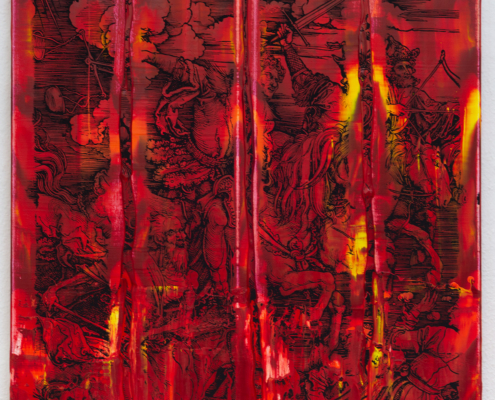 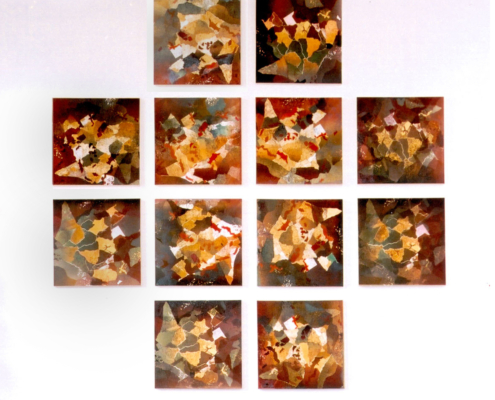 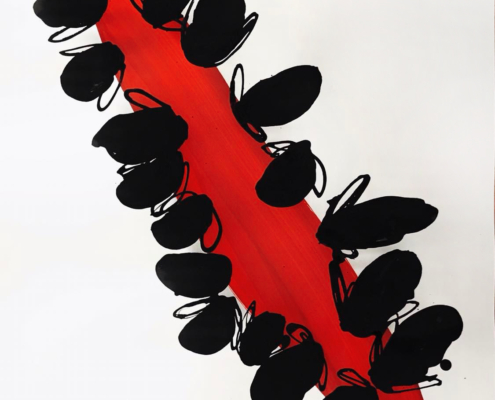 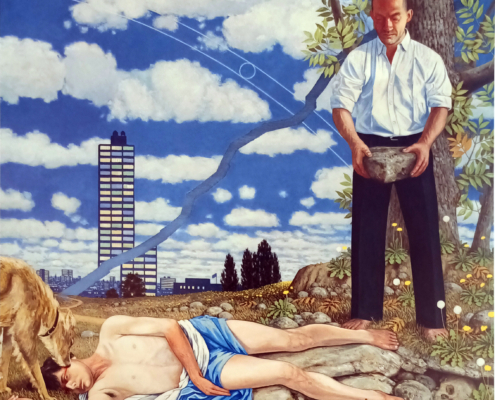 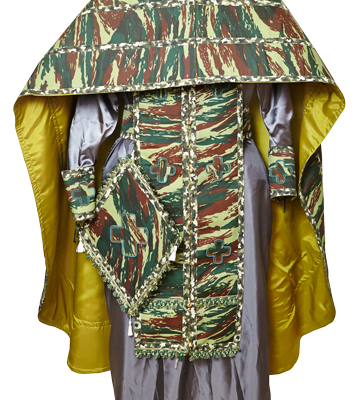 Comments on Betrayal and Violence

Artists in the exhibition:

The previous exhibition in the Gallery Wolf & Galentz opened one day after Russia’s attack on Ukraine. Saddened and depressed, we read out to our guests at the opening a message from our Saint Petersburg artist Marina Koldobskaya, who expressed her shock at this terrible war. We are all concerned with the war in Ukraine on a daily basis; what this means for the people of Ukraine is unimaginable to us. We do not want to make a statement on the war in the upcoming exhibition, but we do want to present positions by artists who have dealt with existential themes of civilised existence in the past.

On display will be artworks from our collection as well as works by invited contemporary artists. Among others, Pax Americana by Josep Renau from 1962; Folter (Torture), a stencil lithograph by Rolf Münzner from 1978; etchings by Gisa Hausmann from the series Verbrannte Dichter (Burnt Poets) and a monumental drawing on nuclear war from the 1980s, the series The Thirty Years’ War by Archi Galentz from 1998, an interpretation of the biblical theme of fratricide by Hans-Joachim Billib from 2003, an object from the series War Again by Anton Laiko from 2013 and other works that deal with the topic of violence. We also present artworks by our colleagues from Ukraine; two drawings by the young artist Julia Katan from Odessa, with strange surreal creatures, can be found in the gallery’s cabinet.

An entirely new work will be realised by Marina Koldobskaya in a performance on the opening evening in the gallery. Koldobskaya grew up in Ukraine and her art is strongly influenced by Ukrainian folk art. Since the beginning of the war, she has been living outside Russia.

An additional layer in the exhibition is provided by written comments by the Ukrainian painter Gagik Kurginian on the works on display. Gagik Kurginian left his home in picturesque Uzhgorod together with his family and has now been living in Berlin for two months, which he knows from previous visits and exhibition projects. He had to leave his house, studio and library behind in Ukraine; his son, who must serve in the national forces, could not accompany him.
An earlier painting by Gagik Kurginian is part of the exhibition, a picture that presents the painter as a somebody who is well-versed in and simultaneously deconstructs classical visual language.
Over the course of the last few months, as Kurginian began to settle into his new life in Berlin, we have had many conversations with him about painting, exhibiting and art in his home country and in general.