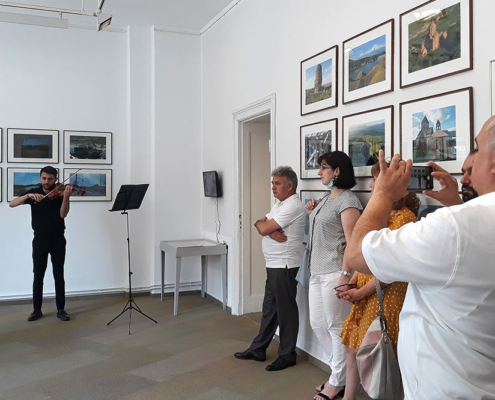 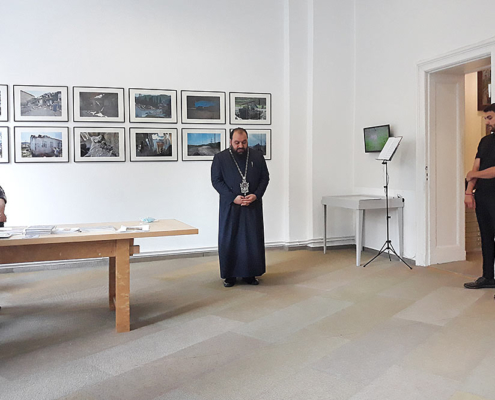 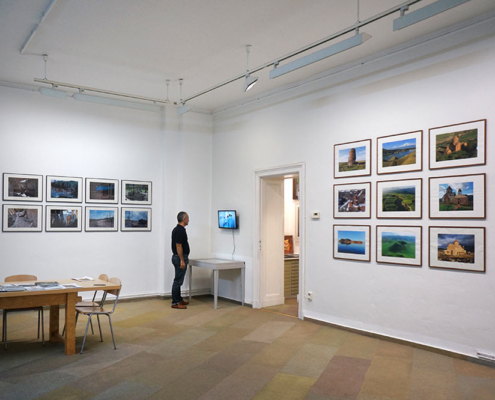 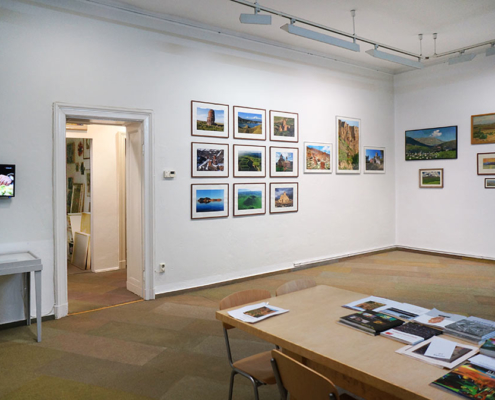 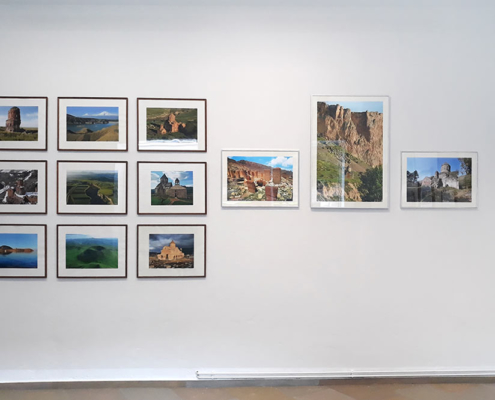 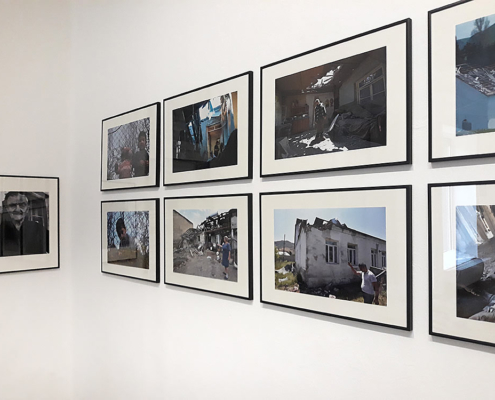 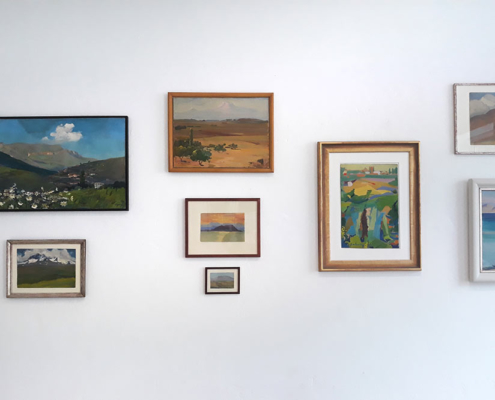 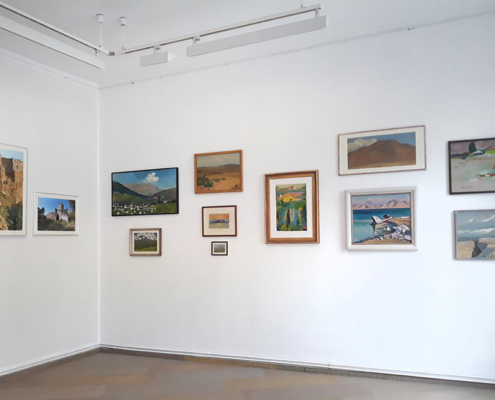 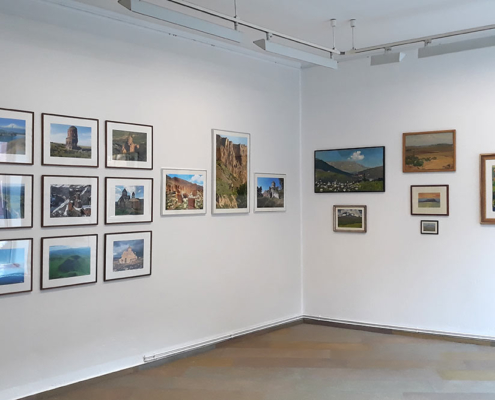 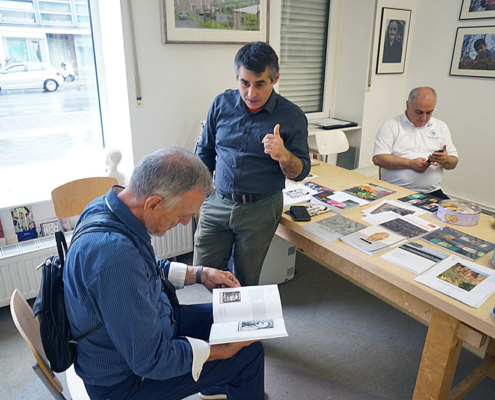 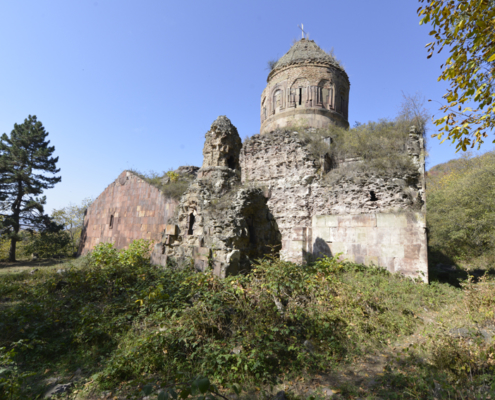 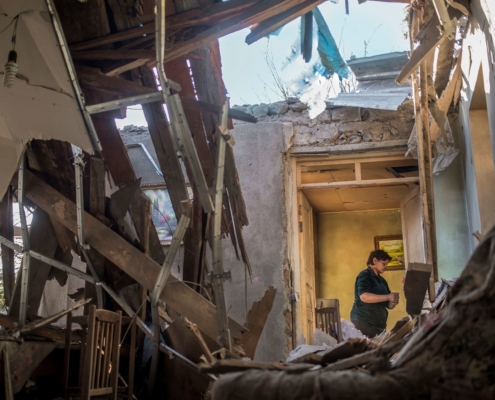 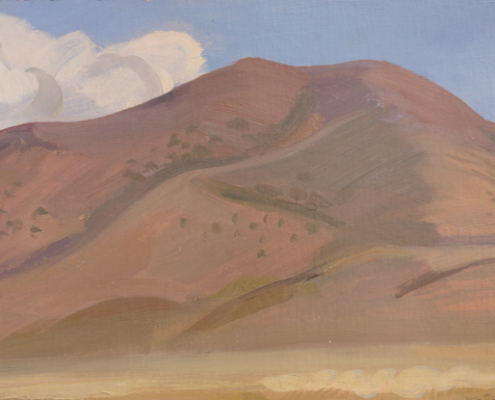 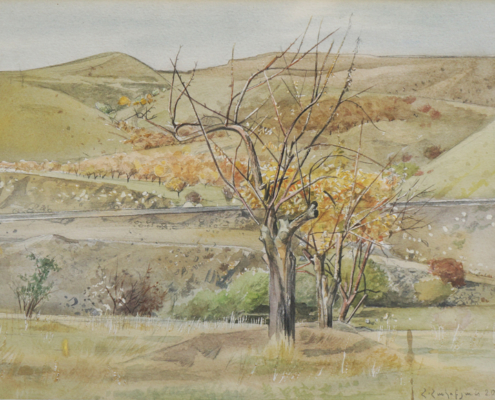 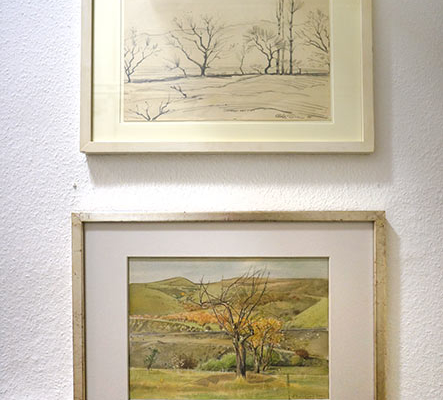 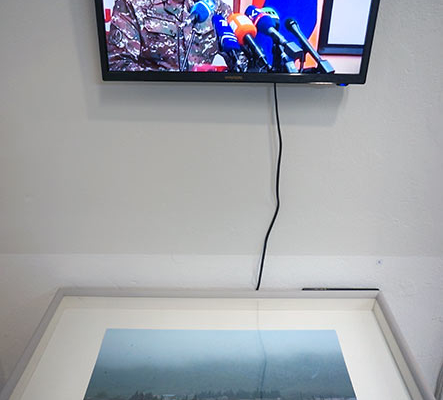 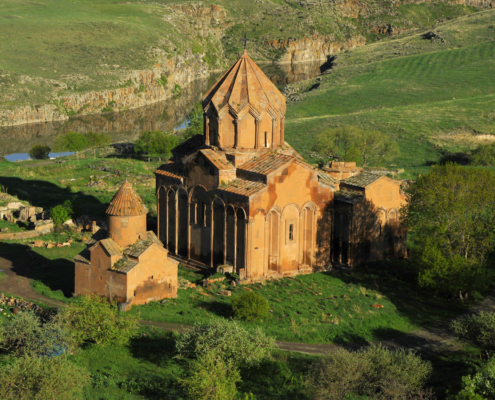 Images of Landscapes and Traces of War

Address of the Gallery: Wollankstraße 112a, 13187 Berlin-Pankow

(please register online on www.wolf-galentz.de, or announce your visit by telephone or e-mail)

The exhibition is a spontaneous reaction to the recent re-kindling of border conflicts between Azerbaijan and Armenia.

Armenia is a country influenced by many cultures but has developed its own world-view and a unique aesthetics, also in landscape painting. Dialectics of the near and the far, dense colours, and a serene gaze are the foundation of a characteristic aesthetics in painting. Praise of the rugged mountains even has become its own artistic genre. The exhibition presents a selection of landscape paintings from private collections in Berlin; works by, among others, Mher Abeghyan, Mariam Aslamazyan, Seda Bekaryan, Khatshatur Jessayan, Hakob Hakobyan, Harutyun and Armine Kalentz, A. Karpatyan, Genrikh Siravyan, Albert Tzovyan.

Alongside the paintings, a selection of landscape photographs by Zaven Sargisyan is presented, founder and director of the Paradshanov Museum in Yerevan, who has exhibited internationally for more than 30 years. Among his pictures is one of the Khoranashat monastery from the 13th century, only since last year accessible again after 25 years of being in a forbidden zone and target of snipers in border country.

Further, several photographic images from Arzakh and Tavush regions by Silvina Der Meguerdikhtian, David Banukhyan, Harutyun Chobanyan, Karen Minasyan and others will be presented depicting traces of war in residential areas. Some pictures were taken in 2016, as the border regian between Azerbaijan and Armenia once again became a point of contention, and they were taken in 2020, when unexpectedly fighting began anew in Tavush. The differences between paintings and photographs sharpens the contrast between grace and violence that characterise life in the border regions.

The exhibition is a collaboration between the Association of the European and Armenian Experts e. V. and Tavoush Spiritual Revival Foundation.